Kundelungu National Park is located in Katanga Province of Democratic republic of congo and the park was first established in  1970 as a sister park of Upemba national park all located near each other . It is approximately 7,600 square kilometres (1,900,000 acres). The park is the site of Lofoi Falls, a 165 metres (541 ft) high waterfall (one of the largest in Central Africa.)

The habitat and vegetation are slightly different to Upemba – Upemba consists mainly of open savanna plains, with miombo woodland in places, whereas Kundelungu is almost entirely full miombo woodland.

The Park comprises of mainly grassy Savannah and forest galleries typical of the Katanga region where as the Fauna that inhabits the park include; Antelopes, Jackals, Porcupines, warthogs, snakes, monkeys, buffalos, Hippopotamuses as well as birds like the egrets, marabou Storks, pelicans. It has a very beautiful terrain that will give you remarkable memories that will last forever. 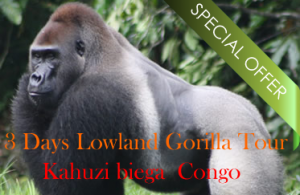 Primate Safari Experiences offers creative and innovative ideas to allow the maximum enjoyment of the richness of our country, providing an agile, personalized and efficient service, with the backing of professionals of vast experience in the field of tourism.